Gant Chart Schedules: Everything You Need to Know About Their Past and Present 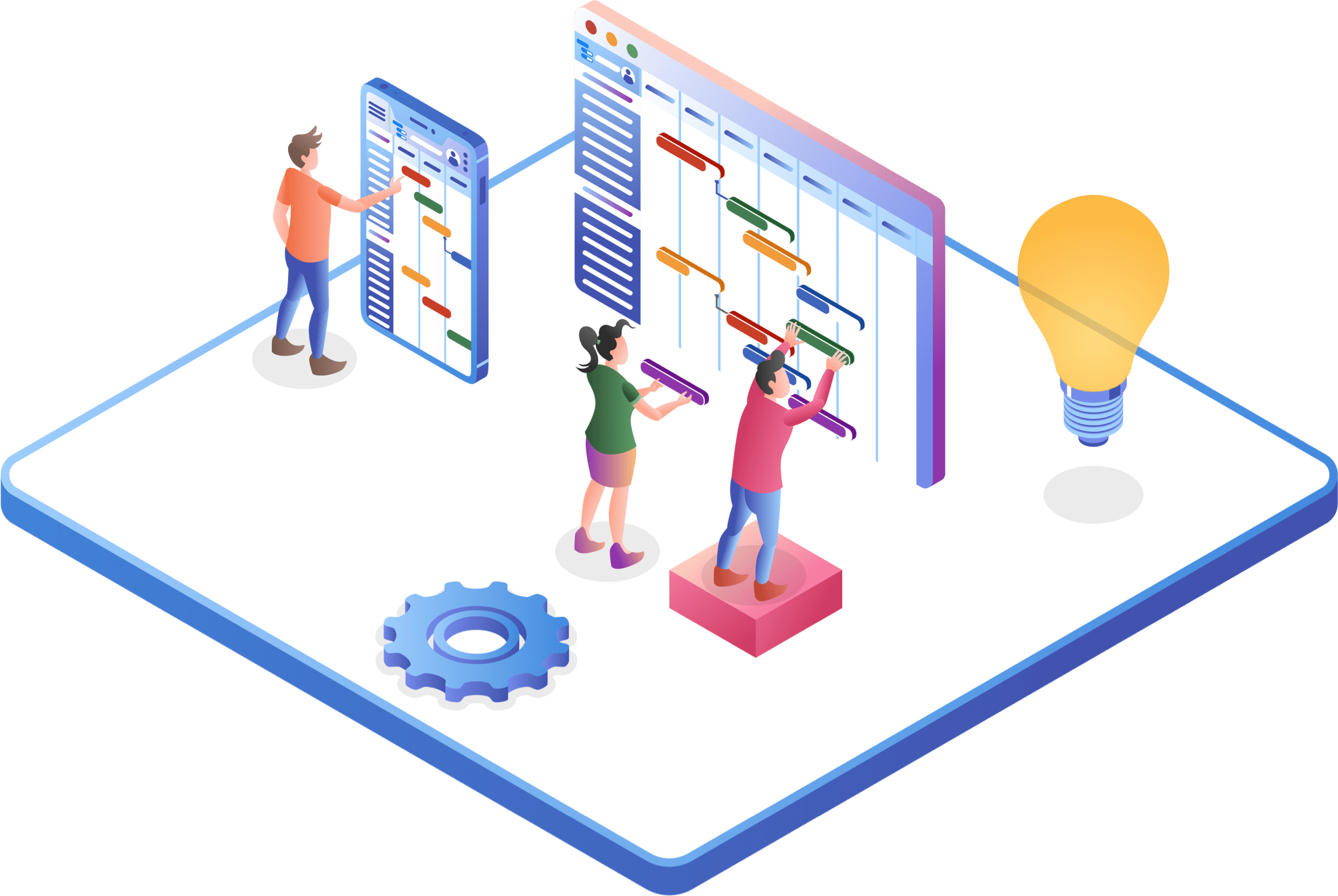 What is a Gantt Chart?

A Gantt chart is a type of schedule or bar chart that allows you to lay out the schedule for your project. It does this by outlining tasks on the vertical axis and time intervals on the horizontal axis. Bars are created for each task that represent the start and end of the task across the time interval. These tasks can then be customized to different lengths, different start and end times and even interdependencies as needed.

There’s very little that this type of chart can’t do, and maybe that’s why you (and so many others) are interested in what to do with them and where they started. So, let’s take a little closer look at everything you might want to know about the origin of these charts, which have been around for over 100 years.

Where It All Began

Gantt charts started with a man named Henry Gantt who was born in 1861 and died in 1919. But it was only a few years before he died that he actually created these unique (and extremely useful) charts. It was somewhere in 1910 to 1915 when Henry Gantt created the first bar charts to show a project schedule. It was the beginning of Gantt charts, but it definitely wasn’t the end.

The first precursor to these charts was actually back in 1896, with Karol Adamiecki, who called them harmonograms. While he didn’t actually publish the chart for many years later (it was 1931), he only did so in Polish. All of this meant that he is not often recognized for the work that he did on creating this type of chart.

In 1912 another man, named Harmann Schurch published a chart that would be considered a Gantt chart for a construction project. These types of charts weren’t new at the time. In fact, they were used regularly in Germany, but this chart still wasn’t everything that we see Gantt charts as today. It didn’t have interdependencies, for example. Not to mention it was an entirely static chart, printed on a piece of paper.

Henry Gantt created his version around the same time. But it wasn’t until World War 1 that they began being used more frequently. These were still static charts, but they were being used by the United States for the war. Not only that but other businesses and project managers started implementing them as well.

But they took a great deal of time to create and to change whenever necessary. The charts required a completely new diagram to be created if something had to change. Or blocks had to be used so they could easily be moved.

The United States weren’t the only ones using them at this time either. By 1929 they had been introduced to the Soviet Union by Walter Polakov, a collaborator of Gantt. They began using the charts to create their First Five Year Plan. And then personal computers came about.

It was the 1980’s when more and more people started having personal computers and when that happened these charts really proliferated. No longer did they have to be completely redrawn by hand in order to make a change. There were programs that allowed people to create Gantt charts that could be changed more easily.

And then, 10 years later, in the 1990’s, people were making Gantt charts through web-based applications. These changed the way these charts were used entirely, providing people with something entirely different in the way of recording information and making changes as needed. Gantt charts would definitely never be the same because now they were available to the masses and in entirely different ways than they had ever been before.

So, now that you know where they came from, what can you do with them? The truth is there are plenty of things that can be done with Gantt charts. All you need is a project that you need to track and you’re going to have plenty of different possibilities. And it doesn’t matter what industry you’re in or how large your team is or how detailed you want to get. All of these things can be taken care of with Gantt charts.

If we break it down to the most basic aspect, Gantt charts are useful for projects that you want to create that have multiple steps and/or a large team responsible for them. These charts provide a visual representation of everything that needs to be done and make it easier for you and the entire team to accomplish each task properly, within the right timeframe, with the right resources and with the right team members involved. All of this makes it possible to get more done and be more successful as a business.

You’ll be able to do a number of different things with these charts, including:

If you’re interested in Gantt charts and you think these are going to help you and your team to make some big improvements to your bottom line then you’re absolutely right. Gantt charts are a great way to track what’s being done in your business and in each of your projects specifically. They’re also a great way to make sure everyone on your team is doing what they need to do and that they know what it is that they’re supposed to be doing. But you want the best system in place.

Instagantt offers you all of the different benefits that we already talked about and then some. You’re especially going to love the fact that you’ll have plenty of different integrations between Instagantt and any of the other systems that you already use. You don’t have to worry about how to use several different programs all at the same time or updating information in several different locations because Instagantt actually links with dozens of different services to provide you one-stop-shopping. That way you only have to update your information once and it’s ready to go across Instagantt as well.

When it comes to creating charts you want something that’s going to be as easy as possible because you don’t have a lot of time to spend on creating a system to tell everyone what to do. Instagantt makes everything as simple as possible so you can set up the chart you need and get everyone working on their tasks as quickly as possible. It’s definitely going to make everything a whole lot easier for you as the project manager, but it’s also going to be a lot easier for every member of your team as well. What could be better than that?

If you’re ready to start implementing a system within your business that will allow everyone to collaborate in real time and to see what they’re responsible for and get started then Instagantt is definitely the way to go. You’re going to love the simplicity, the lack of a learning curve and a whole lot more. Not to mention you’re going to be more than happy with the results when your team starts turning around projects a whole lot easier and a whole lot faster. That’s going to be great for your bottom line.

All you have to do is set up an account to get started, and that process is easy too. In fact, everything is so simple that you can even set up a free account to give it a try or jump right into a paid account that will give you unlimited projects and access to every feature Instagantt has to offer. Your entire team is going to be up and running in no time and you’re going to be more than happy that you decided to give this service a try. Especially when you see how much it’s going to help everyone stay on top of their assignments.