Kanban vs. Scrum: What You Didn’t Think You Needed to Know

Agile development is all about gathering continuous feedback while building a product and there are many benefits of it. Looking at the perks of Agile development, you might be willing to do all your projects using it. But do you know about the ways in which you can approach agile development? If not, we have got you covered. 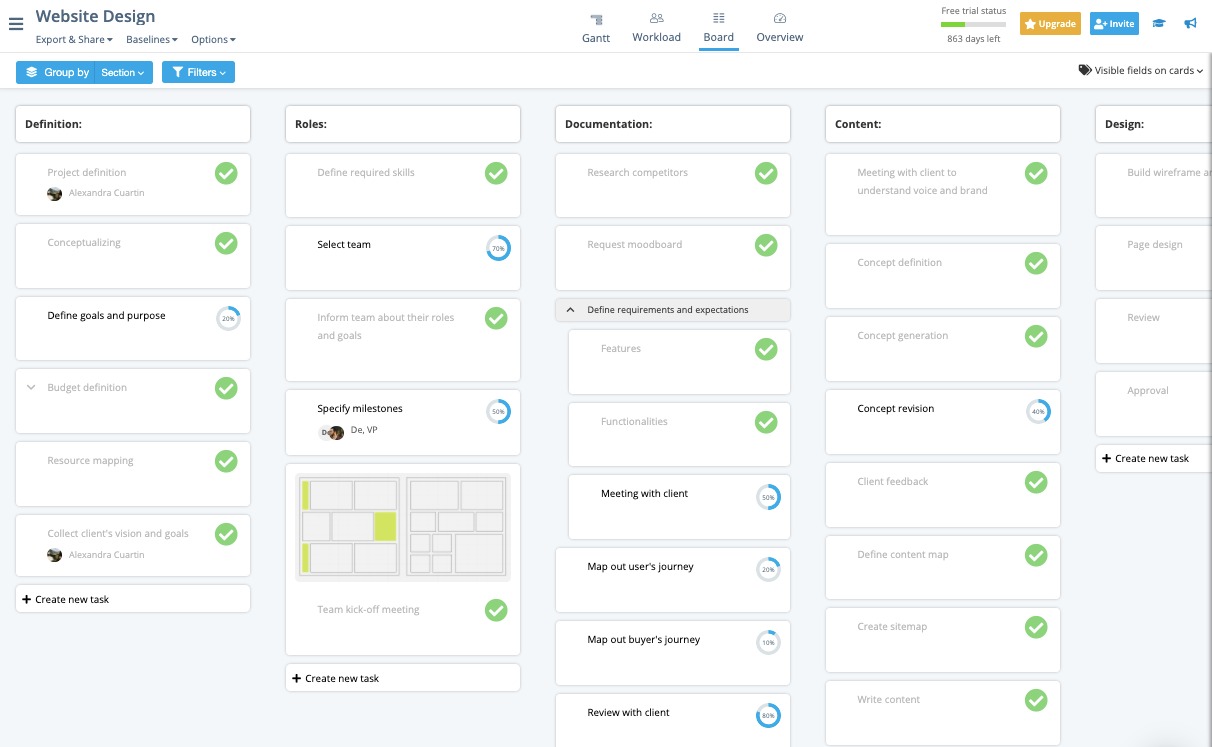 When it comes to Agile development, there are probably only two names that come to our mind, Scrum and Kanban. These both are very popular and have their advantages. But if one initiates the Kanban VS Scrum debate, the choice will be depending on the team and the products which are going to be built. To help you understand both, we are going to our own Kanban VS Scrum debate. So, let’s jump straight into it.

Kanban VS Scrum: Things you need to know

Here is a little introduction to both to start with.

Kanban is basically the methodology used for managing the flow of work in a project. It helps to optimize the workflow of the projects efficiently by continuously processing the work items and for letting the team members monitor things, it visualizes all the processes on the Kanban board. All the optimization of the process is done by a certain set of principles and practices.

The following are the principles of Kanban.

• Get started with whatever you are doing.

• Ready for the changes at any time.

• Respecting your roles and responsibilities.

If we compare Scrum to Kanban, it is a highly prescriptive methodology. In Scrum, processes and roles are predefined and there is detailed and restrictive planning. All the larger processes are divided into smaller segments and a time period is defined for each segment, which is also known as a Sprint.

To maintain the workflow, the addition of new work in a certain sprint is not appreciated. Rather, the new workpiece waits for a new Sprint and, in this way, the team members do not have to react to any runtime change. Its principles are,

• Transparency of the work.

• Inspection at all levels.

Kanban VS Scrum: Roles and Responsibilities

After getting the idea of both concepts, now we will dig into the roles and responsibilities of both Kanban and Scrum.

Roles and responsibilities in Kanban.

In Kanban, the roles and responsibilities of all the team members are not predefined. All the members are allowed to collaborate and help the person who is finding any difficulty in his work. In this way, a collaborative environment is provided for the optimization of the workflow. But there still are project managers to monitor the work progress and the performance of the team.

Roles and responsibilities in Scrum.

In Scrum, everyone is assigned a certain role and is held responsible for its completion. The goals and objectives, such as the backlog and prioritization of work, are defined by the product owner. To monitor the timelines, there are Scrum masters and they also help the team members to stay grounded.

In this way, the execution of the responsibilities is achieved.

Kanban VS Scrum: The main differences

To elaborate things efficiently and make the Kanban Vs Scrum debate more interesting, now we are going to discuss the major difference we have between Kanban and Scrum.

There is no fixed time in Kanban for delivering the tasks. Without any planed schedule or dates, the team members are allowed to deliver the task as soon as they have completed it.

Unlike Kanban, there are predefined due dates for the completion of the tasks, and the team member who is being assigned that particular task has to deliver it on a scheduled time. But in some extraordinary conditions, where a team member thinks that this piece of work is not as valuable, the scope of the sprint can be changed.

For measuring the productivity of Kanban teams, the metric used is cycle time. In this, the amount of time, from start to end, used for the completion of the task is determined.

The key Metric in scrum is velocity. It is basically a number of story points that are completed in a single sprint. It helps to determine the sprint commitments of the team in the future and how much work can be expected from a team in future sprints.

There is a limit in Kanban for work in progress per workflow state. The members working in different sections are bound to do a certain number of tasks at a time.

There is a fixed number of tasks assigned to every team member in Scrum. The team members are allowed to select the number of tasks that want to do in a single Sprint. Members can have all the tasks in the progress section at the same time.

In terms of changes in the work, Kanban is a flexible choice. The team members are given the free hand to change the workflow at any time. It is up to the team if they want to add new work, remove one or block a certain task according to its priority.

In Scrum philosophy, making changes during a sprint is discouraged. But if the task is not as important and the change is necessary, the scope of the sprint is changed.

The right to make changes.

Kanban gives the product owners the right to make changes. This is done by the two hats that the team members can wear. One of these hats is for Service Request Manager and the other one is for Service Delivery manager.

If we talk about the right of changing in Scrum, the product owner is not given the right to change the Scrum board, but he can see it. Only the Scrum team has the right to update to edit things on the board.

Kanban does not have any predefined delivery times for the tasks. So, in Kanban, it is not required to reset the board and start things over. The team members continue their project life cycle and, once there is a need, a new item is added to the Kanban board.

Resetting in Scrum can only take place once all the tasks are completed. In such a case, the sprint ends, and all the stickers are in the final Done section. If this is not the case, the Sprint is not considered to be a successful one.

Kanban Vs Scrum: Similarities in both

When we talk about Kanban Vs Scrum, there are similarities too. The following are some points that make Kanban and Scrum similar to each other.

Both use the Agile method.

If we talk about the similarities, both are Agile by the books. It means both of them use Agile principles to work on and both of them are iterative work systems and rely on process flow. The main goal of both these methodologies is to reduce waste. The interesting fact about them is that if you are using scrum, you can use Kanban too, at the same time.

Both these work systems use the pull system for the prioritization of the processes. Once the previous process is completed, only then the next one will be taken to work on. However, in the case of Scrum, instead of pulling a single task, an entire batch of tasks are pulled. In this way, a systematic workflow is maintained.

How to choose what is the right option for you?

Now is the time to conclude the Kanban VS Scrum debate and whether you should go for Kanban or Scrum. Well, it totally depends upon the nature of the work you have been doing. For example, there is no one in Scrum who manages the whole Scrum team. If the work is of the nature where everyone should be organized and considered equal, despite having different responsibilities, you should go for Scrum.

Whereas, if the nature of the work is that it can require continuous improvements with flexible processes and the team members have to deal with a lot of incoming requests that vary in priority and size, the Kanban is the best option for you. You are not even bound to select one of these models. You can also go for a hybrid approach in which the model will be influenced by both Kanban and scrum.

Kanban Vs Scrum, the choice is all yours to select the strategy which suits best to the needs of your team. But once you make a choice, stick to it for some time and get the review from your team.

If you are stuck in choosing between Kanban and Scrum as it can be a complex task for anyone, we have discussed both in a very good manner.

With our ultimate guide, you will be able to easily determine where Scrum is going to work well and where Kanban will be a better option, what is the main differences between them, and what are the right methodology for your team. With this knowledge, you are all good for your first agile project.